Will Hutton is a political economist, author and journalist of the left, whose book from the mid 90s, The State We’re In, was a surprise bestseller in Britain. It was highly critical of the direction the economy, society and politics under conservative rule were taking at the time, and made a powerful case for an institutional revolution which he argued was essential to fundamentally improve the country’s economic performance alongside its social cohesion, in order to achieve ‘the good society’.

Tony Blair’s ‘New Labour’ came to power in 1997 and, while Blair himself had initially been drawn to Hutton’s ideas in the form of ‘stakeholder capitalism’, his new government was in the end politically to the right of this programme. Hutton is no socialist, but he has been arguing passionately for years for a comprehensive recasting of Keynesian economics and social democracy. In the spirit of my series of posts on the many middle ways possible under capitalism, Hutton’s progressive and leftist ideas are worth exploring. END_OF_DOCUMENT_TOKEN_TO_BE_REPLACED

I frequently enjoy posting quotes or extracts from books and articles on this blog. While of course they are not my original work, I try and choose ones that both inspire and reflect my thinking and writing. In recent weeks I have been posting a series of longer posts on aspects of the ‘many middle ways’ that characterise political economic systems between ‘free’ markets and socialism. History seems to show that neither extreme is satisfactory in achieving and sustaining prosperity, justice and freedom. Both have plenty of modern adherents, but these pure systems remain unachievable utopias, at least in the way that their supporters imagine them. While of course the world has seen attempts at both, they have to date not turned out as hoped. They have variously undermined democracy and human rights, fueled inequality and financial and economic instability, and damaged social cohesion.

The quote below is from a book which examines what it calls the “insecurity cycle in British Public Policy”, or the shifts between market liberalisation and social interventionism. The first has tended to produce insecurity associated with unemployment, poverty, inequality and instability, while securing rentier incomes and business profits. By contrast, the second gives rise to insecurity of a different kind, that of rentier incomes and business profits, even while it produces more security of employment, income and equality. The authors argue that this cycle is irregular and subject to a number of key political, social and economic forces over time. But it seems to persist, at least in Britain. END_OF_DOCUMENT_TOKEN_TO_BE_REPLACED

from Dean Baker. Greg Mankiw warned New York Times readers about the dangers of adopting the Biden agenda and moving more towards a European-style welfare state. In his piece, titled “Can America Afford to be a Major Welfare State,” Mankiw noted: “Compared with the United States, G.D.P. per person in 2019 was 14 percent lower in Germany, 24 […]

This is the second post in a series on what I have termed the many middle ways of political economic systems. I am mostly concentrating on the mixed economy under capitalism, but today I want to discuss what some authors call liberal socialism, and compare it with social democracy.

For some progressives, it sounds like an unalloyed good: socialism, tasked with ensuring a fairer, more equal and rationally planned society and economy, coupled with liberalism, so that the flaws and horrors of, for example, Soviet Russia, can be avoided. But is it feasible? The crisis of 2008 and its aftermath highlighted the potential instability and inefficiencies inherent in a capitalist economy, while rising inequality of incomes and wealth has brought home to many its lack of fairness and justice. Indeed, the two may well run together, if excessive wealth inequality fuels the unequal distribution of opportunity in society, as well as dampening demand, contributing to sluggish economic growth.

The more recent advent of the pandemic has dramatically forced on many governments a new extended role and activism to attempt to manage or avoid a social and economic catastrophe, with mixed results. So there has been something of a ‘return of the state’, giving rise to some apprehension on the political right, and a desire to make it more permanent on the left. END_OF_DOCUMENT_TOKEN_TO_BE_REPLACED 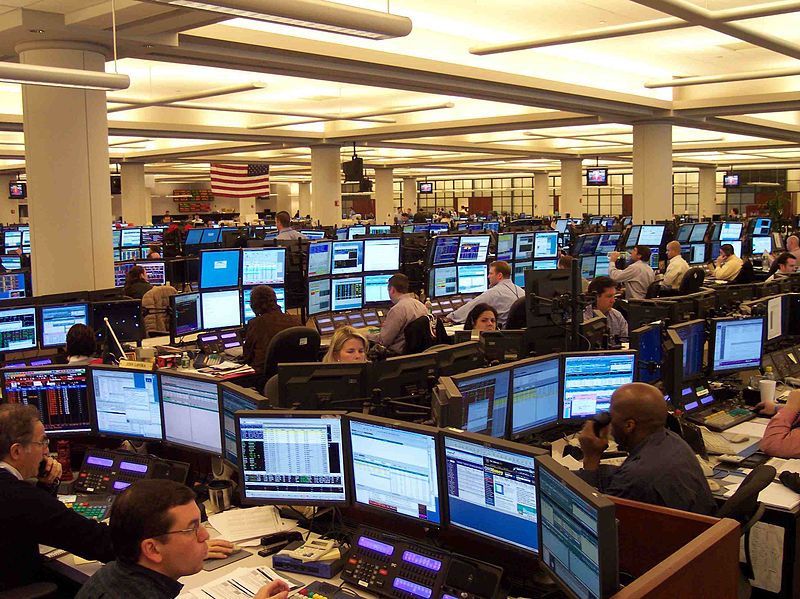 Post-Keynesian economist Thomas Palley has written a new paper on financialization which can be downloaded for free here. Palley has long argued that rising inequality across the capitalist world has produced sluggish growth in aggregate demand, undermining GDP growth. Growth has been maintained to some extent through rising public and private debt. These trends have been building for the last forty years, since the shift towards a neoliberal policy regime and ideology. Mainstream economics has recently tried to account for sluggish growth with an appeal to ‘secular stagnation’, and arguing that with interest rates now at historically low levels, there is room for public borrowing to stimulate growth, at least until interest rates begin to rise once more. END_OF_DOCUMENT_TOKEN_TO_BE_REPLACED 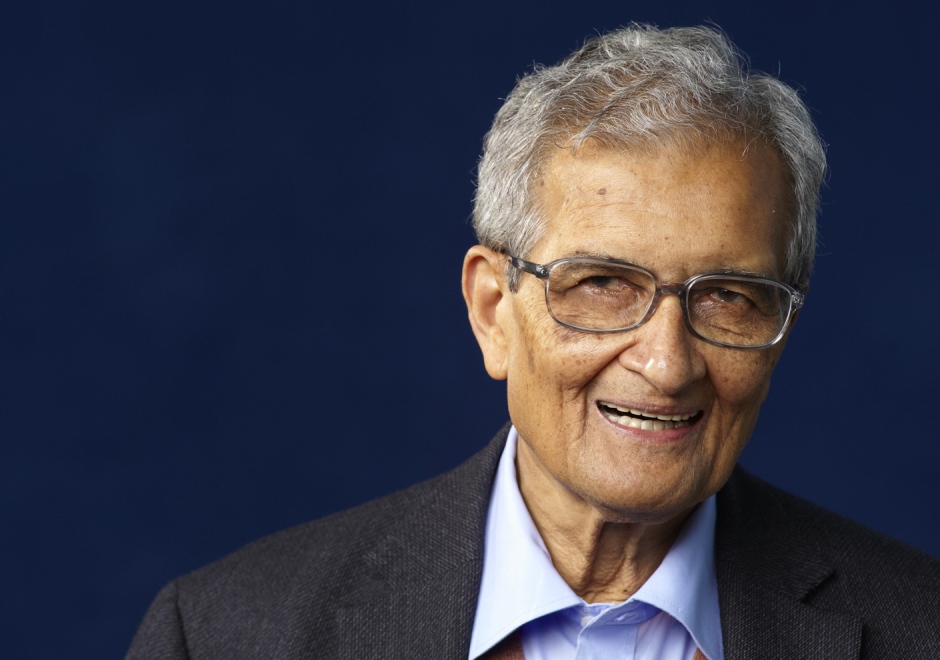 The alternative to an exclusive reliance on individual responsibility is not, as is sometimes assumed, the so-called nanny state. There is a difference between “nannying” an individual’s choices and creating more opportunity for choice and for substantive decisions for individuals who can then act responsibly on that basis. The social commitment to individual freedom need not, of course, operate only through the state, but must also involve other institutions: political and social organizations, community-based arrangements, non-governmental agencies of various kinds, the media and other means of public understanding and communication, and the institutions that allow the functioning of markets and contractual relations. The arbitrarily narrow view of individual responsibility – with the individual standing on an imaginary island unhelped and unhindered by others – has to be broadened not merely by acknowledging the role of the state, but also by recognizing the functions of other institutions and agents. 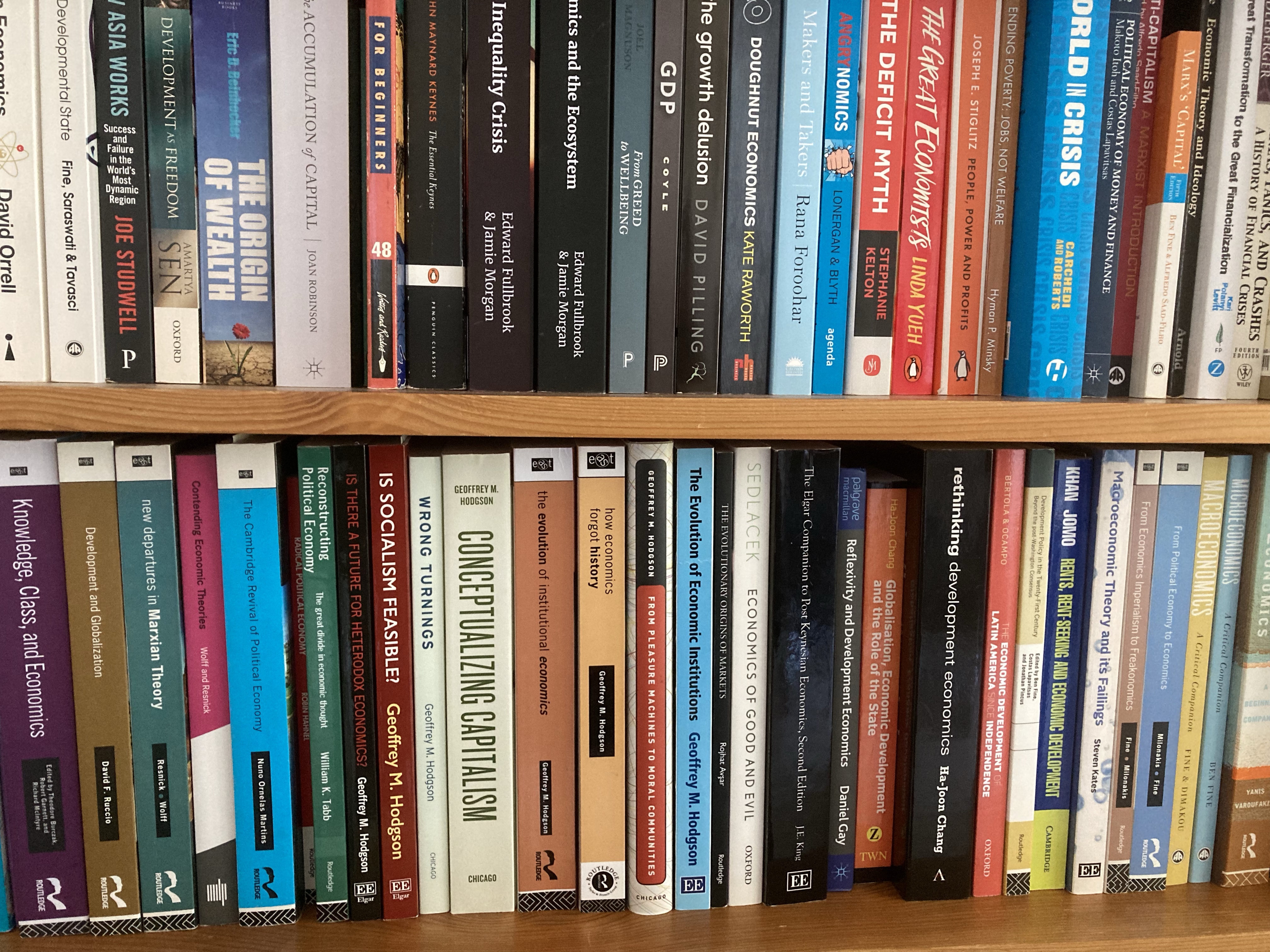 All economies are mixed economies, whether they are capitalist, and even if they are socialist. This understanding makes for a relatively nuanced analysis in political economy. Marx was something of a purist in his own analysis of economic systems. He argued that each system would inevitably evolve to the next, from feudalism to capitalism to socialism to communism, that it would do so from within and that it contained the seeds of each subsequent stage of development. So for example, capitalism might contain some state owned companies, which would show the way towards state socialism, with markets and private property largely abolished. For Marx this evolutionary process, whether it was carried out through reform or revolution, was inevitable. But things have not quite turned out the way he hoped and predicted. Communist states have been transformed into capitalist ones, however imperfectly, and Marxists have continued, ad infinitum, to describe our situation as ‘late capitalism’, implying that it will soon be overturned, perhaps in hope more than anything else. END_OF_DOCUMENT_TOKEN_TO_BE_REPLACED 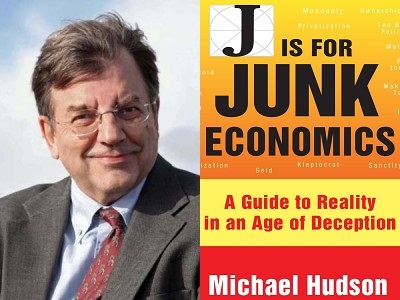 Another extract in this occasional series from Michael Hudson’s iconoclastic “dictionary” J is for Junk Economics. His economics seems to draw on a vast knowledge of economic history, which often makes for some original ideas and enlightening reading. He appears to be a socialist of the reformist variety and he is right that “socialism” is used as a misleading term of invective by some on the political right. But as Geoffrey Hodgson has reminded me in a number of his books, neoliberalism has become something similar on the left. Using terms in this way becomes emotionally provocative and vastly simplifies debates over their history and meaning. But politics and political persuasion are often as much or more about emotion than a sophisticated analysis of policy. As Hodgson argues in his Liberal Solidarity, most people are not political activists, and perhaps even fewer are professional political or economic analysts. END_OF_DOCUMENT_TOKEN_TO_BE_REPLACED 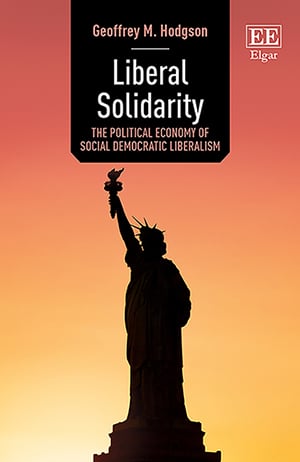 My current reading is Geoffrey Hodgson’s Liberal Solidarity: The Political Economy of Social Democratic Liberalism. In this compelling new book he explores the elements of a system which rejects state socialism and full public ownership on the one hand, and a reliance on individualism and markets on the other, seeing neither extreme as a universal social and economic problem solver, and instead favouring a reevaluated middle way. I intend to explore some of the ideas in the book as part of a series of posts on ‘Many Middle Ways’. Before I do that, I want to share a few thought-provoking extracts.

Here he is in Chapter 4 where he discusses the nature and meaning of liberty. Broad conceptions of it have been neglected by both wings of the political spectrum. Freedom need not simply mean minimal interference by others in society including government institutions. On the contrary, the latter have a key positive role to play in expanding individual and social opportunities and development, and promoting human flourishing. END_OF_DOCUMENT_TOKEN_TO_BE_REPLACED

I find former Labour Secretary Robert Reich to be generally good value, and his short videos as informative and often entertaining. Here he is on what he calls the ‘real socialism in America’, in the form of corporate welfare. Tax breaks and subsidies for firms could benefit the wider economy and trickle down to benefit ordinary households in the form of higher wages, if they were tackling market failure and promoting faster innovation and productivity growth as a form of industrial policy, and if these benefits were captured by such households. But it is not clear that this is the case.

Large corporations often lobby lawmakers to gain favourable treatment, and it seems that wealth and income are frequently trickling up rather than down, raising inequality and constraining aggregate demand in the form of consumption by ordinary households.

If investment is constrained by inadequate savings then greater inequality can boost growth. However, if investment is constrained by inadequate consumption, then greater inequality will reduce growth, since richer households tend to save a higher share of their income than poorer households. The latter seems to have been the case in recent decades. There is thus a potential win-win progressive agenda which reduces inequality by increasing wages for ordinary workers and raises the growth rate, while also boosting employment and productivity.