Here is the latest post from Heiner Flassbeck, formerly of UNCTAD, and who now runs his own consultancy which focuses on macroeconomic questions.

The post explores how a decade of wage repression following the Harz IV reforms in Germany resulted in weak growth in wages relative to productivity, which in turn weakened growth in domestic demand and led to a boom in exports. The piece contains some useful charts comparing the growth in foreign and domestic demand in Germany and France.

These trends created major economic imbalances in the eurozone which in the long run proved unsustainable as they weakened economic performance in the region and were a major factor behind the global financial and eurozone crises.

Whether you are a supporter or detractor of the ‘European project’, these arguments should not be ignored. They point to the need for reforms to the structure of policymaking in the eurozone, particularly in Germany, it being the largest country with the largest current account surplus. Such reforms are needed in order to promote widespread prosperity and help to safeguard the future of the region. On the other hand, if this need is neglected, the disruptive breakup of the eurozone cannot be ruled out.

“In order to counter the centrifugal forces in Europe, Germany must lead the way by withdrawing its reforms and normalising wage developments. On the other hand, Germany would undoubtedly be hit hard economically in an exit scenario of Italy or France. It would have to reckon with its production structure, which is extremely export-oriented and which was formed in the years of monetary union, being subjected to a hard adjustment. The German recession is already showing how susceptible the country is to exogenous shocks.

The basic decision in favour of the euro can still be justified today with good economic arguments. The dominant economic theory, however, has ignored these arguments from the outset and politically disavowed them. Built on monetarist ideas in the European Central Bank and crude ideas about competition between nations in the largest member state, the monetary union could not function. All those who want to save Europe as a political idea must now realise that this can only be achieved with a different economic theory and a different economic policy that follows from it. Only if the participation of all members of society in economic progress is guaranteed under all circumstances and the competition of nations is abandoned can the idea of a united Europe be saved.” 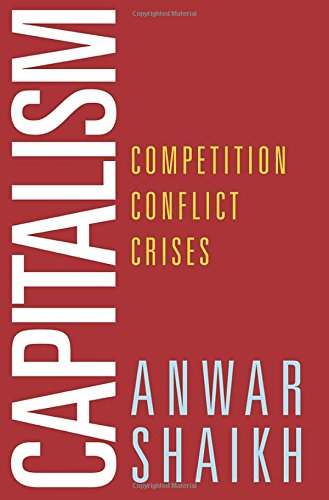 Perhaps the most striking application of hyper-rationality occurs in Analytical Marxism, whose doctrines were outlined clearly and concisely by its leading philosopher Gerald Cohen … It is an anti-dialectical and anti-holistic attempt to ground Marxist notions in neoclassical methodology. It “believes that [neoclassical] economics is essentially sound” and consequently relies on rational choice theory, game […]

In this rare video, Hyman Minsky explains his financial instability hypothesis. The video dates from 1987, but Minsky was prescient in originating a theory that characterises capitalist economies with developed financial systems as inherently unstable and requiring the intervention of ‘Big Government’ (counter-cyclical fiscal policy) and a ‘Big Bank’ (the central bank acting as lender of last resort). His FIH has become much more widely known since the advent of the 2008 financial crisis.

Minsky was influenced by his teacher at Harvard, Joseph Schumpeter, as well as by John Maynard Keynes and Michal Kalecki. His work falls under the post-Keynesian tradition, emphasising the role of finance and the importance of effective demand in the economy, with the former a major cause of instability in the form of booms and busts. His thinking also incorporated ideas on institutions such as households, firms, banks, and governments, and explored how their balance sheets of assets and liabilities evolve over business cycles.