An interesting piece by John Weeks, Professor Emeritus of economics at SOAS, with insights on environmentalism as well as the impacts of neo-liberalism on public policy. An excerpt and link to the full piece below:

A central characteristic of neo-liberal ideology is to render contentious public policy issues apolitical. As I show in my forthcoming book, Debt Delusion (Chapters 6 and 7), misrepresenting economic policies as apolitical was central to the construction of the reactionary neo-liberal agenda. While the neo-liberal grip has weakened, especially over economic policy in Britain, it remains powerful. An outstanding example is the UK debate over membership in the European Union, which the centre presents as a choice between civilization and chaos.

An excerpt from a chapter by my old tutor at SOAS, Mushtaq Khan, who has written extensively on industrial policy in a range of late-industrialising countries, analysing case-studies with a range of outcomes in terms of development, successful or otherwise. Here he considers both the differences and the similarities with an industrial policy in the UK, which needs to innovate, rather than simply emulate already existing technologies and catch-up with the richest countries:

“For an advanced country like the UK, industrial policy clearly has to support both innovation and the development of competitive production capabilities that can convert ideas and knowledge into marketable products. There is no question therefore that industrial policy must have a focus on supporting innovation and the development of new knowledge. This involves investment in public bodies such as universities as well as in networks linking public and private players engaged in innovation. Countries such as the UK still have a lead over most emerging Asian countries in the organization of innovation, though there may be particular strategies of financing or organizing innovation that may be worth looking at. However, the second plank of any effective industrial policy has to be the development of competitive manufacturing capabilities so that good ideas and technologies can be converted into competitive products. Here the UK can learn a lot about the types of problems countries can face when they try to acquire (or, in the case of the UK, re-acquire) firm-level competitive capabilities. Britain’s gradual loss of manufacturing competitiveness after the Second World War was exacerbated after the 1980s in the context of rapid de-industrialization. The country lost much of the tacit knowledge embedded in the organizational routines of manufacturing firms, and as a result fell even further behind in terms of its capacity to regain a broad base of competitive firms. The experience of Asian industrial policy shows that the achievement of competitiveness in new sectors and technologies can be a difficult problem to crack. The two planks of industrial policy are closely connected because without a broad base of firms that can organize production competitively, a successful innovation strategy will simply result in the offshoring of manufacturing somewhere else.” 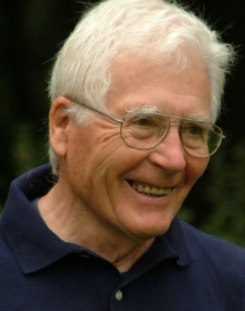 James Lovelock is a radical scientist and the originator of the Gaia hypothesis, the idea that Earth and its living, and non-living, inhabitants need to be viewed as a complex, holistic, self-regulating system. In his most recent book, A Rough Ride to the Future, he discusses such issues as his latest views on the evolution of humanity as part of Gaia, climate change, urbanisation, environmentalism and scientific progress.

Significantly, he is critical of the green movement and renewable energy, accepting the idea of climate change while arguing that many scientists’ models of it are flawed and potentially misleading.

He remains optimistic about the future of human life on Earth, while cautioning that we are unlikely to be able to stabilise the climate and prevent it changing. END_OF_DOCUMENT_TOKEN_TO_BE_REPLACED

Another extract from the iconoclastic Michael Hudson’s J is for Junk Economics (p.109-110), in this occasional series:

“Government: From the Greek root cyber, meaning “to steer,” this social control function historically has been provided by public institutions at least ostensibly for the general welfare. Sovereign states are traditionally defined as having the powers to levy taxes, make and enforce laws, and regulate the economy. These planning functions are now in danger of passing to financial centers as governments become captive of the vested interests. The FIRE (Finance, Insurance and Real Estate) sector and its neoliberal supporters seek to prevent the public from regulating monopoly rent, and also aim to shift the tax burden onto labor and industry.

The recently proposed Trans-Pacific Partnership (TPP) agreement and its European counterpart, the Trans-Atlantic Trade and Investment Partnership (TTIP), would compel governments to relinquish these powers to corporate lawyers and referees appointed by Wall Street, the City of London, Frankfurt and other financial centers. The non-governmental court would oblige governments to pay compensation fines for enacting new taxes or applying environmental protection regulations or penalties. The fines would reflect what companies would have been able to make on rent extraction, pollution of the environment and other behavior usually coming under sovereign government regulations. Making governments buy these rights by fully compensating mineral and other rent-extracting businesses would effectively end the traditional role of the state.”

Another short video from The School of Life, this time on capitalism. I like this series, partly because their main focus is not so much on the pure economics of each subject, but instead covers some of the historical, political, social and philosophical aspects.

The video concludes by describing the mixed blessings of capitalism: its extraordinary productive capabilities on the one hand, and its frequent neglect of workers and provision of goods based on what is profitable rather on human need. But it ignores any kind of discussion on the solution to these dilemmas: should we reform the system, or encourage its replacement?

A nice interview with post-Keynesian Professor Steve Keen, in which he discusses what are (or should be) some of the most important issues in modern economics.

He covers the role of finance and private debt in generating inequality and what can be done to reduce it; the idea and feasibility of a universal basic income; economics and planetary ecology; and the incorporation of energy into economic models.

I’m extremely fond of scientists like David Suzuki. With razor-sharp intellects they immediately go for the essentials. They have no time for bullshit. And neither should we.

The Political Economy of Development
Create a free website or blog at WordPress.com.