Robert Armstrong, US finance editor at the Financial Times, penned a helpful opinion piece in Tuesday’s paper, in which he tries to account for the disconnect between financial markets and the real economy in recent years, the Covid-19 correction notwithstanding. As he says:

“Until last Friday, it looked as if stock markets had lost all track of reality. In the world, we saw spiralling unemployment and political disarray. In the markets, especially the huge American market, exuberance.”

“The market, however, is already acting like it is the fourth of July. The S&P 500 has risen to within 5 per cent of its all-time high.”

This is despite the fact that

“Covid-19 has put working- and middle-class people under immense strain, while the asset-owning classes have felt relatively little pain.”

which is a potential source of political unrest and, in the end, political and economic change.

He accounts for this by positing a self-reinforcing cycle between rising inequality and rising financial markets, in the US in particular, drawing on a recent working paper by Atif Mian, Ludwig Straub and Amir Sufi. It is quite a long and technical paper, so rather than go through it, I will quote from Armstrong’s article, in which he summarises the key points: END_OF_DOCUMENT_TOKEN_TO_BE_REPLACED

In this very brief interview, Michael Pettis argues that in order to sustain growth in the wake of the global pandemic, the Chinese government will need to ramp up public spending. The response to Covid-19, both in and out of China, has hit private consumption, investment and exports hard. Increased government spending is the only element of aggregate demand remaining.

He also repeats what he has said for some years, that the ‘underlying’ growth rate of the economy is much lower than the headline rate and the government’s targets due to massive investment in unproductive sectors and projects. This means that eventually even the headline growth rate will have to fall towards the underlying rate, possibly leading to a ‘lost decade’ for China.

Professor Mushtaq Khan, who I was lucky enough to be taught by at SOAS, here discusses the fight against corruption in developing countries on Nigerian TV, and why in many cases it simply is not working.

In the video, Khan ranges over the differences between ‘rule-following’ in advanced and poor countries, and the incentives facing individuals in economies which are largely informal.

He makes a point of distinguishing between forms of corruption which are damaging for growth and development and those which are associated with the promotion of these processes. He cites examples from the past such as South Korea, Taiwan and China where the latter has occurred.

Khan also mentions the problem of reform fatigue in cases where plenty of money and effort has been spent fighting corruption with little in the way of positive results. The answer, he says, is not to give up, but to intervene in ways which actually work. This may involve policies which operate at a relatively small scale to begin with, rather than blanket top-down interventions, so that successes are sustainable and gradually build support for further changes across the economy and society.

As well as being a Professor of Economics at SOAS, Khan is Executive Director of the Anti-Corruption Evidence research consortium.

I have written before on the oft-neglected American School of political economy, drawing on the work of Michael Hudson here and here.

Along the same vein, November’s issue of the Cambridge Journal of Economics features an article by Emir Phillips. It is included as the Editor’s Choice, so you can read it for free on the journal website or by downloading the pdf.

Here is the abstract:

The Whigs could legitimately emphasise what Hamilton’s Report had not touched upon: urban labourers made unemployed by import competition could not shift to ‘collateral employments’ with the presumptive ease asserted by Free Trader Democrats. More than anything, it was the structural cyclical instability (Minsky moments) that engendered a new party (Republican) to exert political pressures for government involvement in the management of the economy (mercantilism). Economic beliefs played the most fundamental role in Lincoln’s career, and his mercantilist views, in conformity with Hamilton, Clay and the economist Carey, were key determinants in effectuating the Industrial Revolution within the United States through tariffs, government-supported macro-projects and structurally stimulating aggregate demand through a national currency. Permeating Lincoln’s political economy was a fierce non-neutral view of money wherein banks created the funds to ignite the American System. Henry Clay, Henry Carey and Abraham Lincoln were seeking to supplant the Ricardo–Malthus long-term model of economic growth (emphasising distribution within a relatively stagnant economy) with one of expanding productive powers and rising wage levels. These interventionist issues are still quite relevant since US economics students are taught modernised versions of the doctrines of Ricardo and Malthus which were controverted more than a century ago by the American School, and more specifically by Abraham Lincoln.

The article tells the story of how 19th century Whig-Republicans, and Abraham Lincoln in particular, accelerated industrialisation in the US through government intervention in the economy, such that

Mercantilist nationalism (Republican Party of 1860) confronted both the Free Trader Jacksonian-Democrats and the US Constitution, and created a commercially linked Nation whose industrial productivity over the next 60 years (all US Presidents without exception were Republican until President Wilson) supplanted England as the world’s workshop (p.1455).

The policies used included a combination of tariffs to protect domestic industry from English manufactured exports and raise government revenue, investment in transport infrastructure, particularly railroads, and management of the national currency to sustain aggregate demand and investment in industry.

The American System or School saw capital and labour as potentially complements, in that investment in productive capacity in increasing returns industries, namely manufacturing, would stimulate rising productivity and output. This would enable both profits and wages to rise, so that both capitalists and workers would benefit from economic development, resulting in some form of social harmony and supporting national democracy. Thus

[b]y 1845, Lincoln perceived these United States as entirely dependent upon certain economic activities subject to increasing returns, with each regional section being a synergetic phenomena built upon a mutual dependency created by finely knit and interlocking network of rail, divisions of labour and raw inputs into a manufacturing Northeast. Within this matrix, social mobility (‘equal opportunity for the pursuit of happiness’) was enchained to industrial productivity to the benefit of all Americans. The increasing returns found in Northern manufacturing created the synergetic element that made the United States greater than its parts (the States). The Republicans were then the National Capitalist Party, with wealth creation and not Constitutional adherence as its abiding precept (p.1455-6). 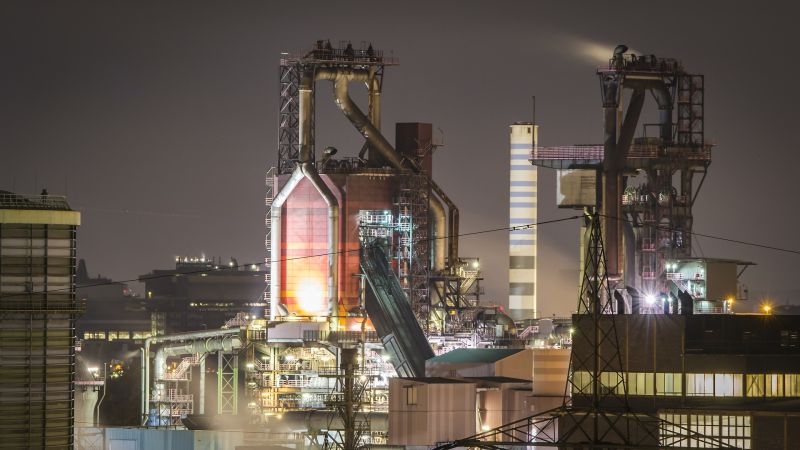 Nobel Laureate Esther Duflo once likened the work of economists to that of plumbers – tinkering and adjusting as necessary as they engage with the details of economic policy-making. The implication in this comparison is that economists generally understand economic systems and behaviour – how the pipes come together – and that the main work […]

via Indonesia’s State-Led Development: Custodian of the National Interest, or Boondoggle? — Developing Economics

An interesting take on Trump’s economic stimulus and current and prospective US economic performance from Marxist economist Michael Roberts. The full post is at the link below.

One of the major economic phenomena of our time seems to be an enormous accumulation of elite wealth amidst rising inequality within nations, even while output and productivity growth, particularly since the Great Recession, have been mediocre across much of the world.

In his book Capitalism without Capital, Alan Shipman draws together a wealth of economic ideas, from the theory of the global savings glut and the Cambridge controversies in the theory of capital to Thomas Piketty’s writings on inequality, to argue that we are living in an era of abundant ‘wealth’ alongside a shortage of real productive capital assets. It is growth in the latter which remains the driver of rising living standards for the majority. END_OF_DOCUMENT_TOKEN_TO_BE_REPLACED

The latest issue of the Cambridge Journal of Economics carries an interesting article on what the author, Özgür Orhangazi, calls the ‘investment-profit’ puzzle. He focuses his analysis on the US economy, and tries to account for the slowdown in investment and growth there since the early 2000s, and particularly since the crisis of 2008, despite a rise in the rate of profit.

The puzzle in question is the disconnect between rising profits and sluggish or falling rates of investment. It contributes to the literature blaming factors such as globalisation and financialisation for the disconnect. In particular, ‘investment’ in intangible assets in the high technology, healthcare, telecoms and non-durables sectors has risen relative to investment in tangible capital assets, cementing monopoly power and reducing some of the competitive stimulus for increasing investment in tangibles, thereby slowing economic growth. END_OF_DOCUMENT_TOKEN_TO_BE_REPLACED

Last Friday, the US real GDP growth figures for the second quarter of 2019 were released. The annualised rate of real GDP growth slowed in Q2 to 2.1% from 3.1% in the first quarter. This was the slowest growth rate since the end of 2016. US real GDP was 2.3% higher than in the same […]

Moneyweek magazine recently ran a piece extolling the virtues of the Vietnamese economy and pinpointing it as an emerging market worth investing in. Perhaps as an unintended consequence of Trump’s trade war, Vietnam may benefit from US-China tensions as production and exports shift away from China to some extent. However this outcome remains highly uncertain, since Vietnam itself may also become a victim of US tariffs.

The story of Vietnam since it began its own version of China’s ‘opening up’ and path of development as a ‘socialist-oriented market economy’, called Doi Moi, literally meaning ‘renovation’, has to date been pretty successful. This began in 1986, and since 1990 the country “has notched up the world’s second fastest growth rate per person after China”. This has led to dramatic falls in poverty as wages have kept up with or exceeded productivity, which has itself grown fairly rapidly. END_OF_DOCUMENT_TOKEN_TO_BE_REPLACED

The Political Economy of Development
Create a free website or blog at WordPress.com.